Governments can benefit from corporations in many ways – such as by adopting best practices from the corporations residing within their municipalities. In a free market, corporations attempt to be as efficient and effective as possible so as to stand out from their competition. Thus, when successful corporations adopt or implement new trends or innovative processes, it’s safe to say that they were implemented because they helped that company reach those twin goals of efficiency and effectiveness.

Numerous studies show that leading corporations are leaving paper records behind and embracing enterprise content management (ECM) systems which contain automated business processes. These studies reveal the power of these systems in terms of how well each helps these corporations succeed in the market. Unfortunately, governments have been slow in adopting them. This would be understandable if paper-based processes weren’t vital to governments, but they are. In fact, government processes are actually much more paper-intense than those in the private sector.

Governments deal with paperwork in every department, from building permits in construction to accounts receivable in finance to training for human resources and much more. All levels of government have paper-intensive processes, particularly local governments as many paper-intensive processes fall under a municipality’s purview. For example, think about search and retrieval of paper documents. This is very time-consuming and expensive in terms of employee hours – hours that could be better spent doing the many vital tasks which local governments perform. Local Governments are heavily accountable for how taxpayer dollars are spent, and should consider these more efficient systems a necessity. This is not the case in practice given how little emphasis paper-heavy local governments place on addressing records processes.

Two possible explanations of this phenomenon may be that;

(1) Local governments believe existing systems are already efficient, or, (2) due to budget cuts, many local governments are more cash-strapped than corporations which results in an inability to fund new implementations although they may believe such processes are more effective. The IDC study speaks to these ideas; government workers responded that they believe their current systems were much less efficient and effective than private corporations.

The solution as to why local governments have not adopted ECM procedures seems to be reason (2), namely that government workers don’t believe that they can afford to adopt ECM. However, ECM solutions are not only more effective but also more efficient and lead to significant cost-savings in the long run. And, government workers recognize this. The IDC study further reveals that government respondents believe implementing these processes would cause similar savings as found in the private sector.

Implementing ECM systems may also reduce employee stress and therefore potentially reduce turnover. It is hypothesized that the high percentages of government turnover, especially amongst younger workers, is partly due to governments being slow to adopt modern technology standards and practices. There are also many more benefits of adopting ECM, especially when you decide to work with an organization that has experience working with local governments and understands their unique needs.

Ricoh has worked with villages, towns, cities and municipalities across Canada and employs professionals who are extremely well versed in the legislation relating to compliance and records management in each province and territory. We have deployed our solutions to hundreds of successful corporations and we want to use our expertise to help your government save money, be more effective, better use employee time, be more compliant and reduce turnover. We are an award winning internationally recognized company and will provide your government with cutting-edge technology and extensive support.

How to deal with the pressures of returning to work

March 19, 2020
For many, consolidation isn't seen as a positive thing. But it doesn't have to be that way. Business consolidation are two words that can strike fear in the heart of any ...

Is your business missing out on the benefits of mobile printing?

Why your Business Continuity Plan and Disaster Recovery Plan Aren’t the Sa... 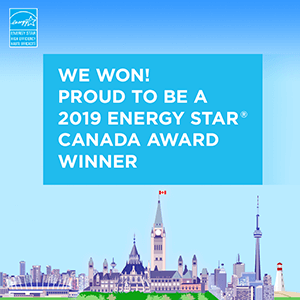 Championing Connectedness: The Importance of Collaboration in the Workplace

Why job automation is a good thing

Post-pandemic workspaces will need to look different, but what about the businesses themselves?